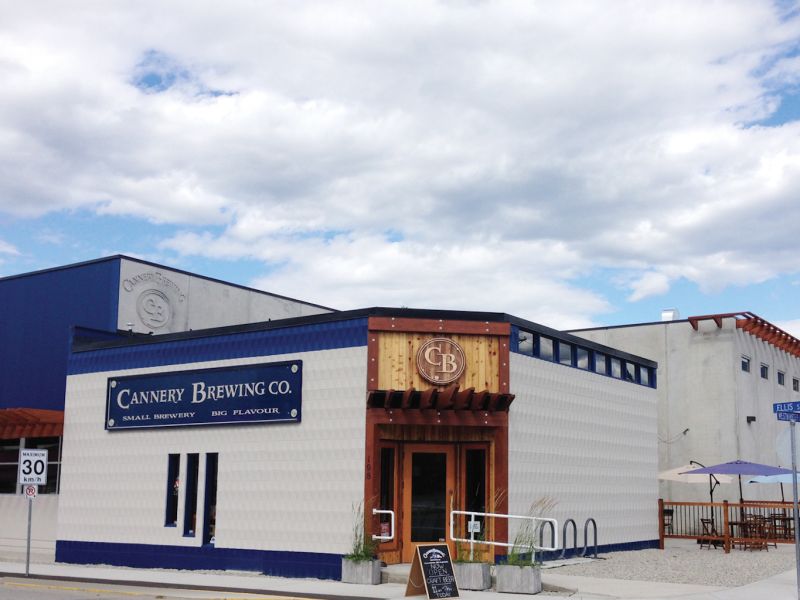 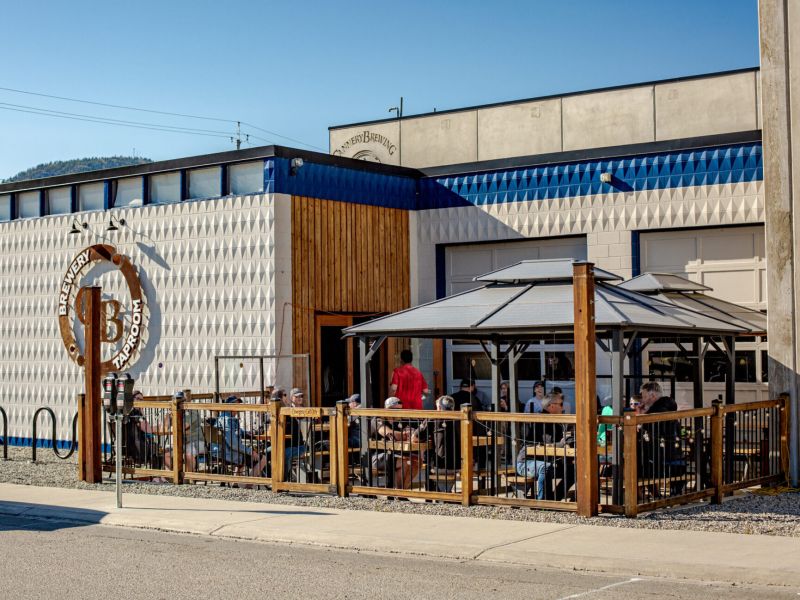 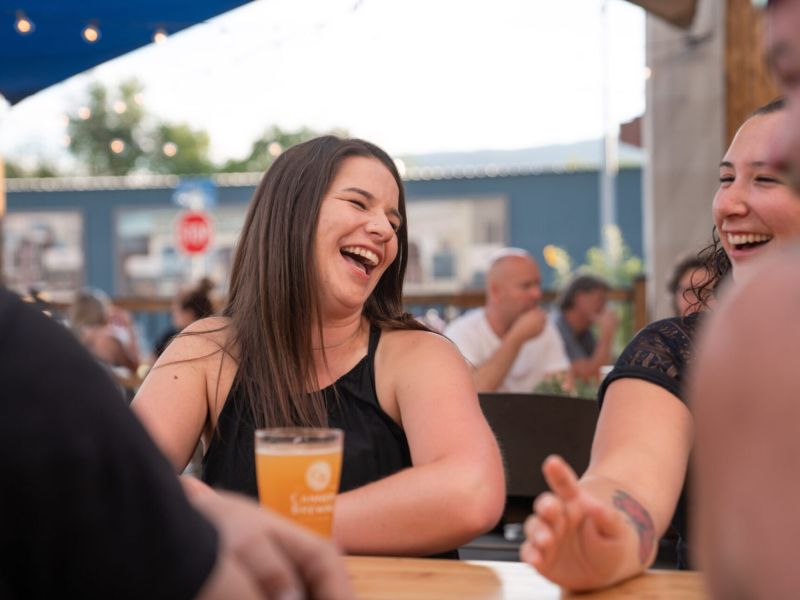 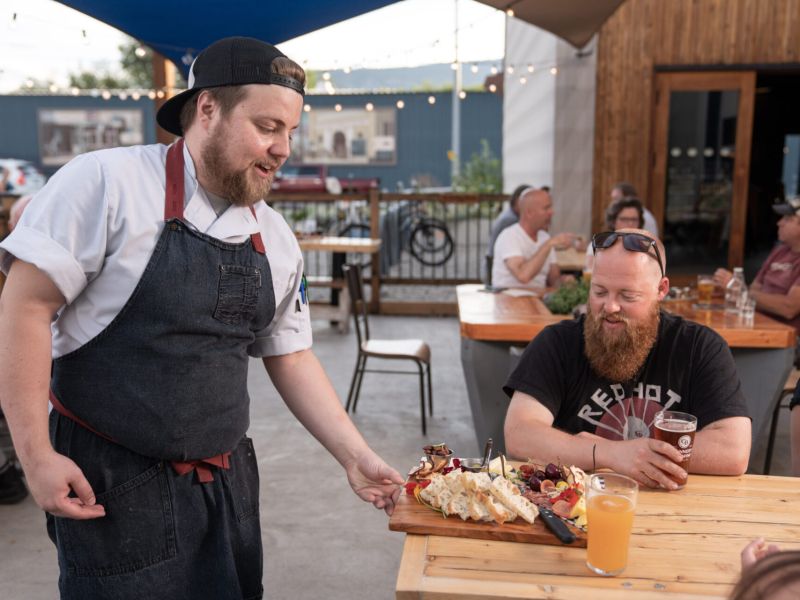 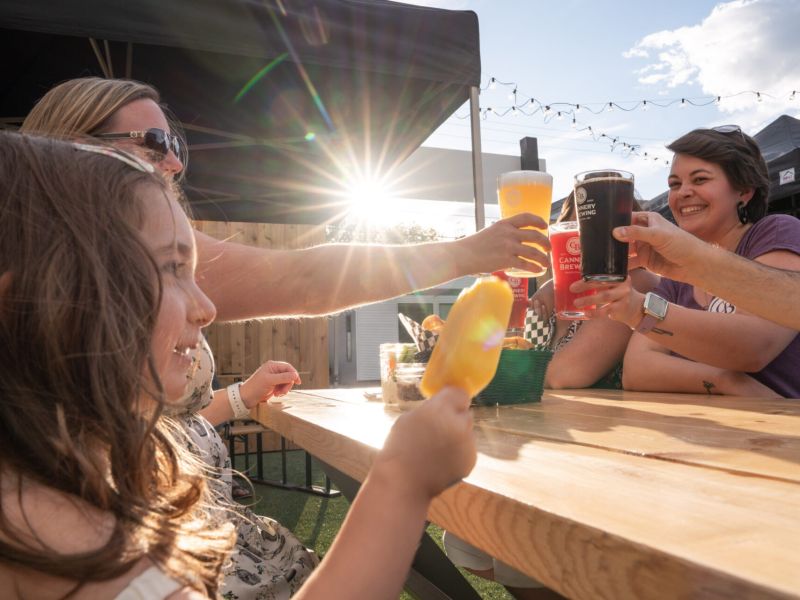 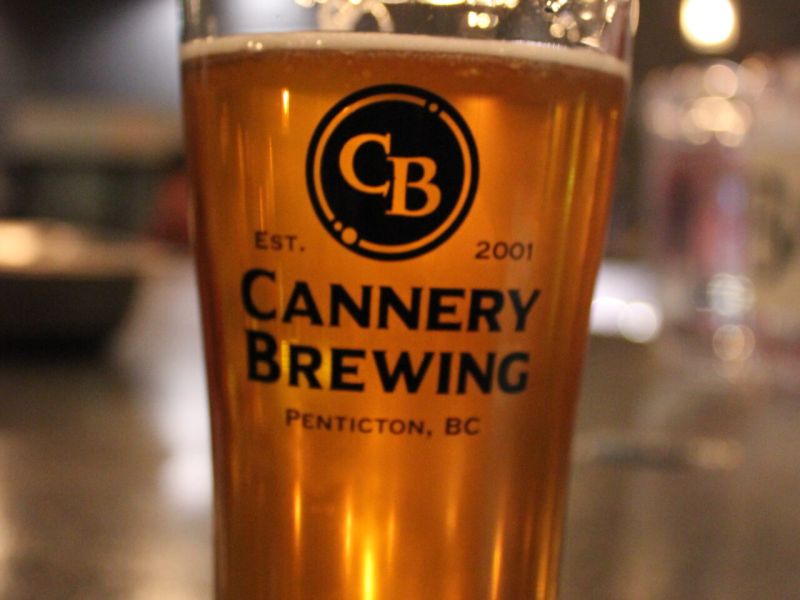 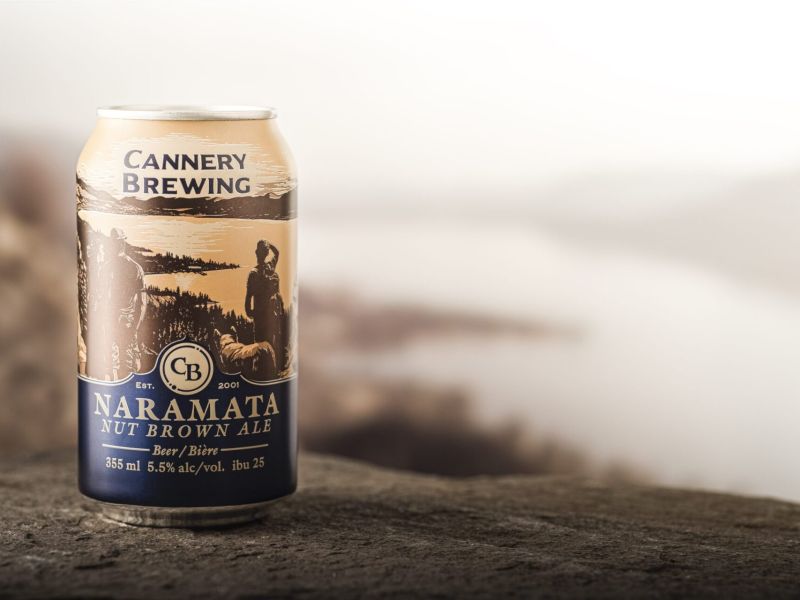 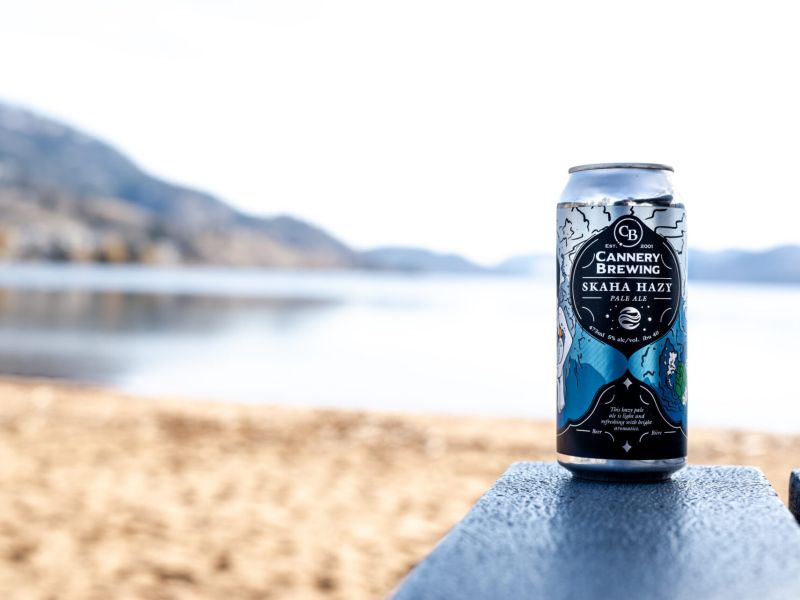 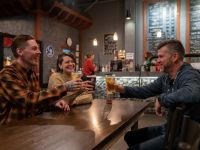 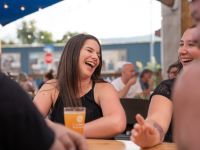 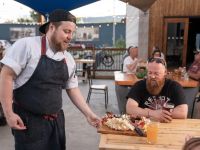 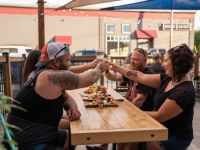 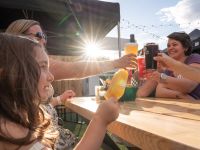 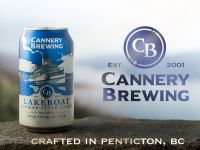 Come join us in our taproom or on our seasonal patio for a glass or a flight of our locally produced craft beers. We also have a rotating selection of local Okanagan wine and cider along with a variety of non-alcoholic beverages. Enjoy a range of tapas style dishes made from local ingredients. Cannery Brewing is family-friendly. Please feel free to bring your board games. Plan to join us on Sundays from 5-7pm as we feature live, local musicians.

During the warm weather season, the Cannery Backyard is also open with great beer, local food trucks, and Okanagan sunshine.

Dogs are allowed in our seasonal Cannery Backyard, which is open from spring through fall.

Place and pick-up your order:

At this time, we are offering touch-free, curbside pick up services at the brewery. Once you place your order, we will have it ready for you to pick up within an hour, during normal business hours. Please drive up and park in front of our brewery at 198 Ellis Street in Penticton. Call us at 250-493-2723 and open your trunk. We will come out and put your order in your trunk, so you get a touch-free curbside beer order. We are not doing deliveries at this time. 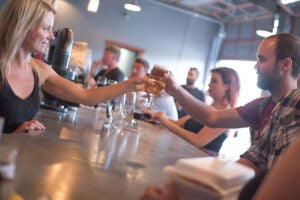 At Cannery Brewing, we make beer with heart. It’s beer made by people who care, not just about beer, but about the people who drink it, the people in our neighbourhood, and our community.

We’ve been making beer since 2001 in beautiful Penticton, BC. We make beer with flavour, whether it be a German-style lager, a tart fruit sour, a hoppy IPA, or a rich stout.

Our taproom is packed with great beer, locally inspired snacks, local wine and cider. We are, in a word, community. We’re all looking for it, and now you know where it is.

Bring your kids, your parents, your neighbours and friends, and maybe even a board game to enjoy with your beer in our taproom, on our front patio or in the Cannery Backyard.

Whether you are hiking, biking or exploring the area, Cannery Brewing is the perfect family-friendly stop.

The Cannery Brewing Company was formed in 2000 when opportunity (in the form of brewing equipment) presented itself to our brewing-crazed Brew Master Terry Schoffer. He found two like-minded and equally brewing-enamoured folks in Ron and Patt Dyck, who had been operating the Country Squire Restaurant in Naramata for twenty-three years, and were in need of a different direction. Terry convinced them to share his dream, and the rest as they say, is history. We brewed our first batch of beer in the Old Aylmer Fruit and Vegetable Cannery in Penticton on April Fool’s Day, 2001. It did seem like an auspicious day for the start of a brewery that would be dedicated to enjoyment (not to mention the odd practical joke!) In the beginning, we brewed and sold beer in kegs for local restaurants, pubs and clubs. After that came the wonderful 8.5 litre Party Pigs of beer that flew out our doors. (Our pigs do fly!)

Cannery Brewing started bottling in the one litre EZ cap grolsch bottle. This was such a great package that we still do some up for Christmas gifts. Ron delivered these all over the province himself in our cube van whose nickname is Skruffy. He had a great time schmoozing his way around all of the B.C. liquor stores. Skruffy also had a good time breaking down on every difficult stretch of highway! But reason finally prevailed, and we started bottling in 650ml amber bottles. In 2006, the Cannery Brewing Company brought canning back to the Aylmer cannery! Our Anarchist Amber Ale started rolling out in 355ml six packs. In 2007, we (and our customers!) were delighted to have Naramata Nut Brown Ale also hit the canning line. In early 2015 Cannery Brewing Company began the gruelling task of building a new brewery. The location was the former home of ANJ Automotive (198 Ellis St. Penticton), which was transformed through hours of labour and love to its current status as Taproom. The brewery was constructed alongside, and by mid-spring we had begun the process of moving tanks. By mid-June the Taproom was open for business. With 12 taps, fantastic bar snacks, and live music performances, it’s well worth a visit!

Nestled in the breathtaking Okanagan Valley, Penticton is ecstatic to welcome back IRONMAN CANADA on August 28th, 2022. Beginning with a cool swim in Okanagan Lake, the athletes will become acquainted with the stunning natural landscape surrounding Penticton. As the birthplace of IRONMAN CANADA, the community is well-known for hosting IRONMAN events and anticipated event turnout is high.