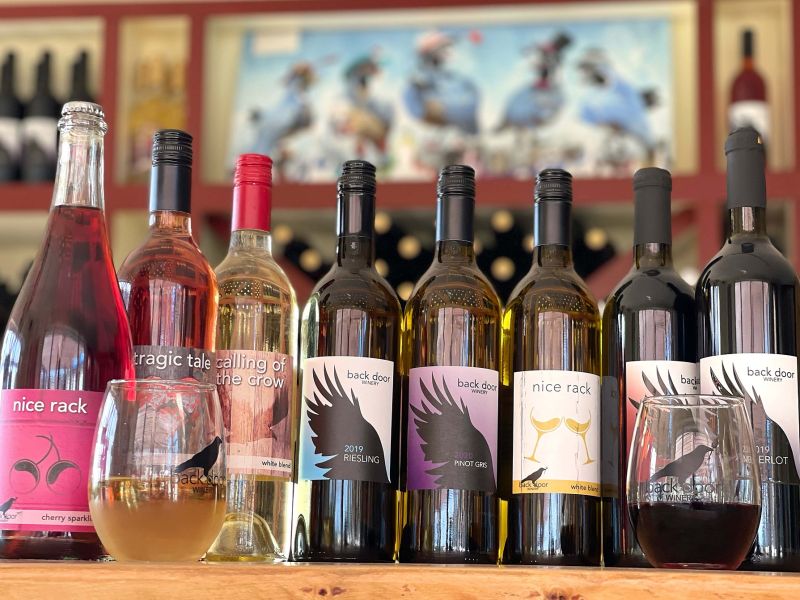 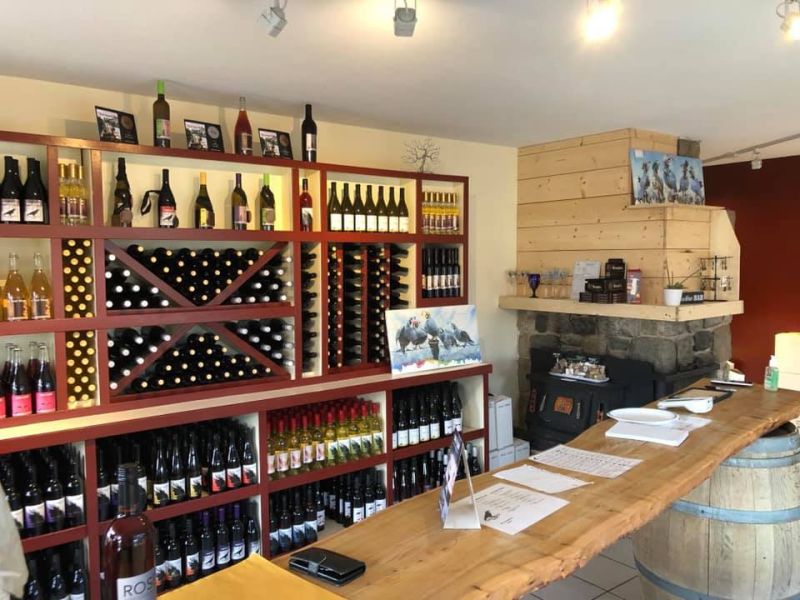 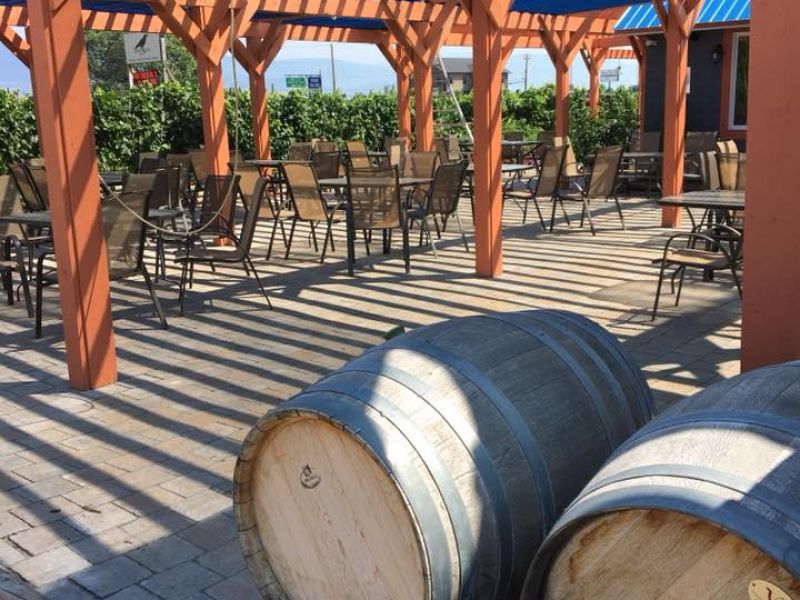 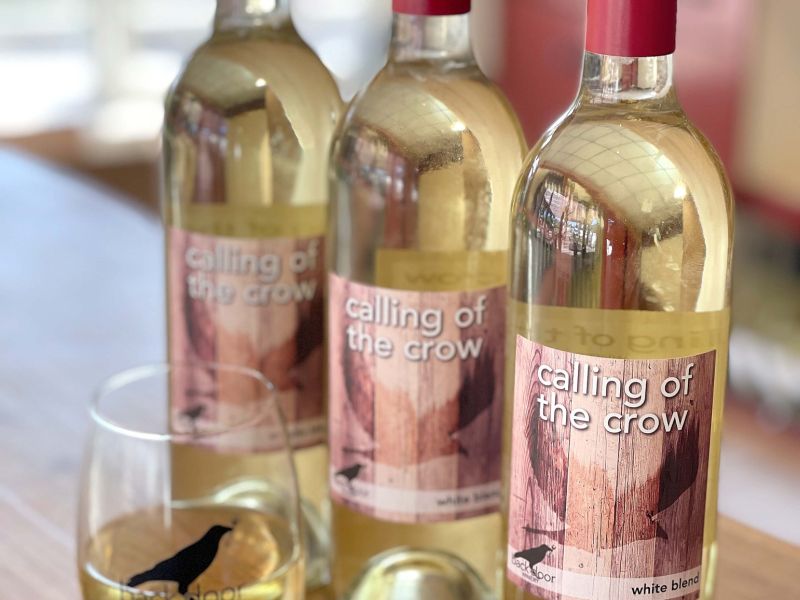 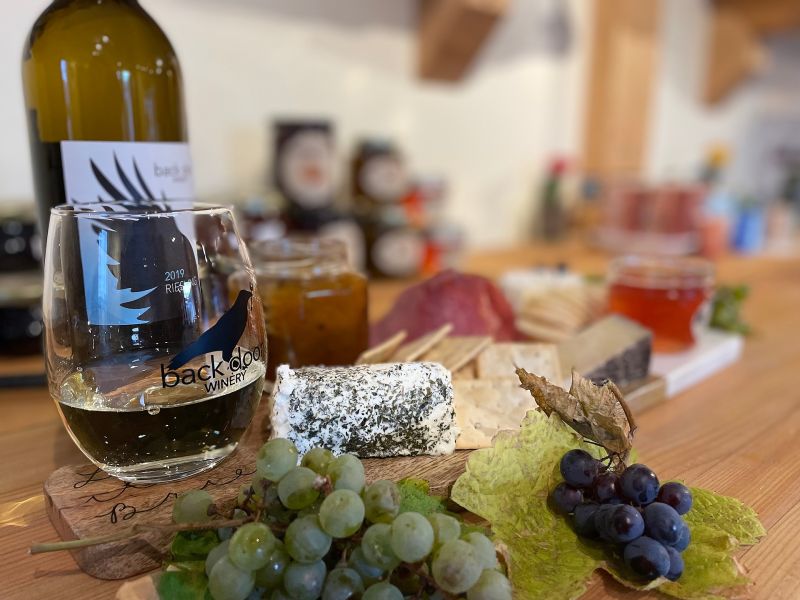 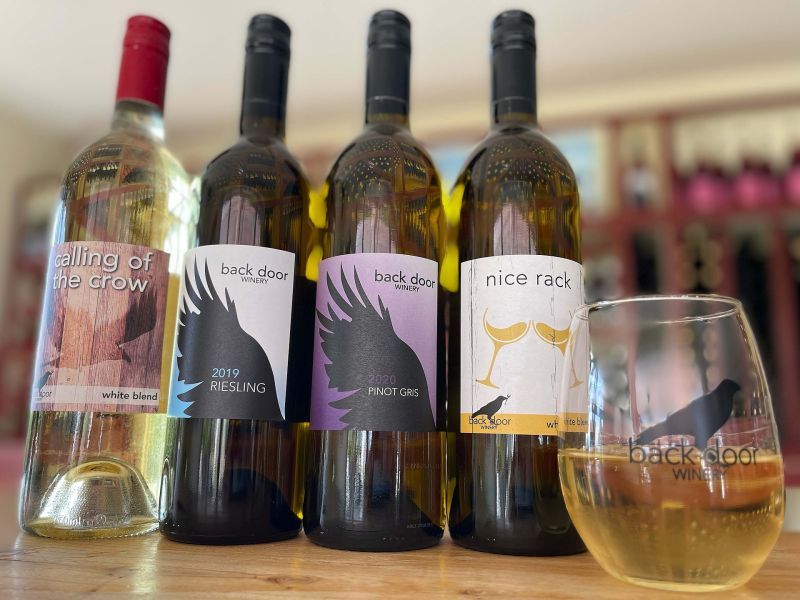 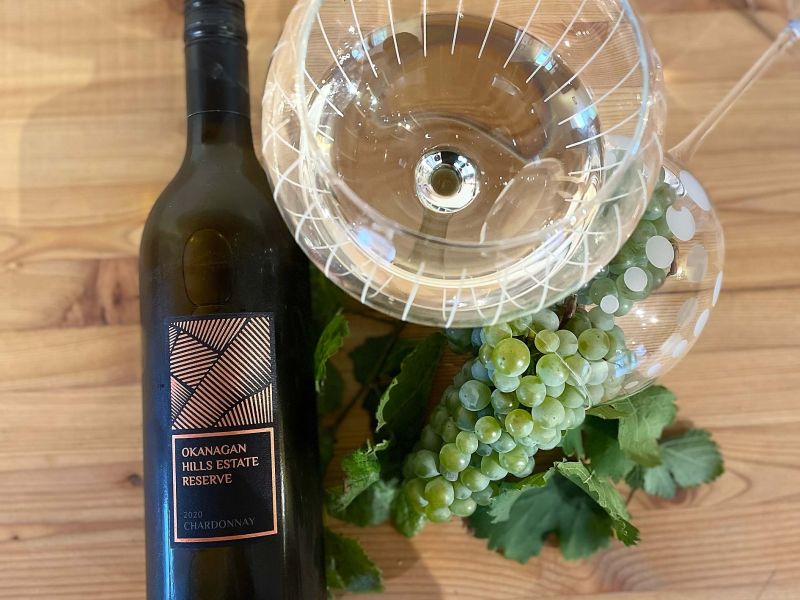 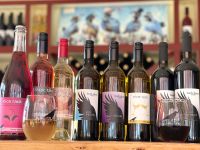 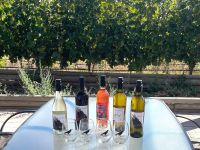 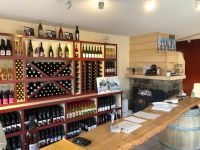 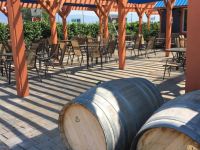 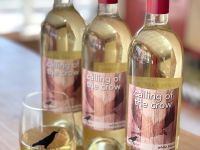 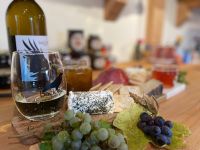 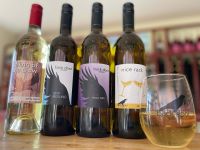 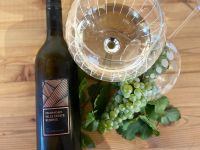 We welcome all with big hearts to enjoy our wines and our featured local artists.

The seed of raising a family in agriculture was planted by Jesse Gill’s great grandfather in the 1920s.

During that decade, he owned a peach orchard in the Okanagan before moving to Vancouver Island, where Jesse grew up in Alberni Valley and his family continued to work in agriculture.

Over time, Jesse picked up knowledge in the industry as his parents ran a berry operation since the early 80s in the Fraser Valley. His brother now operates the blueberry side.

A long-time resident of Abbotsford, Jesse was recruited into the banking world after graduating from Simon Fraser University and became an agriculture banker, completing the financing for several wineries in the Okanagan.

He enjoyed that work, learning a lot and specializing in agriculture.

“Over the years you find a niche. That’s the sector that you work in,” he says. “I went back from agriculture into general commercial banking and then a specialization in land development and construction.”

As he worked with Okanagan wineries, he saw an opportunity in 2008 and bought land in Oliver. A vineyard was planted and slowly evolved into Okanagan Hills Estate Winery Corp. in 2014 where they have Pinot Gris, Riesling, Gewürztraminer, Viognier, Chardonnay, Pinot Noir, Cabernet Franc, Muscat, Merlot and Pinot Meunier grapes. In 2020, he purchased Backdoor Winery.

“I was up here and I looked around and I thought, this is a model that I see growing,” says Jesse. “The vineyard, winery sector, I saw as a potential for good growth. When you are up in the Okanagan, the weather is great. It’s the place to be right?

“It was something that I felt that I wanted to be a part of,” Jesse continued, as he has 50 acres of vineyards between Double Barrel Vineyard in Oliver and Backdoor Winery.

Jesse is making changes to the business with Okanagan Hills set to become the new reserve line and they release the Pinot Gris and Chardonnay in October. There will be more new releases moving forward for the rest of 2021 and into 2022.

Among the changes is bringing in veteran winemaker Lee Holland, who has 27 years experience from Sumac Ridge, Dirty Laundry, Hillside and is the winemaker at Celista Estate Winery in the Shuswap.

“I’ve been working with him now for the better part of six months,” says Jesse. “He’s a great winemaker.”

Other changes include renovations and upgrades, as well as the vineyard management at Backdoor Winery.

Making the Okanagan Hill Estate Winery Corp. brand strong is the demand for grapes and bulk wine. They provide both to mid-size wineries in the Okanagan Valley.

While there were some challenges faced this summer with multiple heat waves, the hottest day coming in at 47 degrees, and then smoke from Okanagan wildfires, Jesse is very confident about this year’s harvest.

“I think we’re going to have a great harvest,” says Jesse. “The grapes look really good, the size is there. The cluster is there and the brix are getting there. We had a great harvest and are looking forward to a great vintage.”

He has invested into making operations more efficient leading to 40 of the 50 acres harvested by machine. He’s invested in pre-pruners, deleafers and other specialized equipment.

“It’s the lifestyle, plus being your own boss,” he says. “I report to myself.”

Jesse adds it’s a massive commitment, but he remembers the family lessons he learned about work ethic.

We are happy to share our progress with you. Check out our new vintages, improvements to our wine shop and we’ve missed seeing you and can’t wait to host you again.

Back Door Winery Hours of Operation

The feeling of belonging and contributing to community permeates all operations of The Bench Market today. Whether it is building connections to farmers and artisans, supporting local events and charities, or greeting customers warmly each day, the Glynes are all in.