No matter the time of year, there is always something happening in Penticton. Home to over 30 annual major events and festivals, there is a variety to experience from cultural showcases, world-class sporting events, beer and wine festivals, live entertainment, seasonal fairs and so much more. Check out the events list below.

Event Dates:
The Peach Classic started in 1983 on the shores of Okanagan Lake in Penticton.

The swim course is a small rectangular course within the city swim buoys instead of straight out and back starting from the Ironman Beach and returning to it. This year we offer a staggered swim start time. The course will be managed by Penticton Search & Rescue.

From the transition cyclists will head west along Lakeshore Drive to the roundabout at the S.S. Sicamous then back along Lakeshore Drive and up Vancouver Hill. At the top of the hill, cyclists will do an out & back loop using Middle Bench and Tupper intersections. They will travel out to Naramata to Chute Lake Road and turn at Painted Rock then return to Penticton along Naramata road. This year offers one small change from the past, cyclists will turn at Upper Bench Road North and follow around Munson Mountain back down Vancouver Hill to transition.

SPRINT DISTANCE: Same as above but the turn around is marked at 20km located at approximately 1725 Naramata Road.

‘BIG CLASSIC CHANGE’…From transition athletes will head east on Lakeshore Drive and follow bike route up Vancouver Hill to Vancouver Place where athletes will join the KVR trail. Athletes will do a 3.7km run on the scenic KVR trail thru vineyards and orchards over trestles away from traffic. 300m past the trail store (at the scarecrow) there will be a turn around and return to transition – 1 loop only. 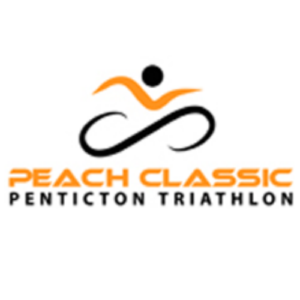