No matter the time of year, there is always something happening in Penticton. Home to over 30 annual major events and festivals, there is a variety to experience from cultural showcases, world-class sporting events, beer and wine festivals, live entertainment, seasonal fairs and so much more. Check out the events list below.

A must attend beer festival in BC! Save the Date to enjoy craft beer and cider at the at the 25th annual Okanagan Fest of Ale May 14, 2022 in Penticton.

The Okanagan Fest of Ale has been bringing together craft beer lovers and craft brewers to celebrate the almighty ale since 1996! Every April, Penticton is host to one of the largest and longest running annual beer festivals in the Pacific Northwest. This two-day event features great entertainment, fabulous food and the opportunity to sample a diverse array of quality crafted beverages. Operating as a non-profit society, organizers are committed to support and promote the growing world of quality brewery products, local tourism and local charitable organizations. Since its inception, over $700,000 in net proceeds has been gifted back to qualifying registered charities!

Enjoy Okanagan hospitality and great craft beer year round in Penticton. Named Canada’s Craft Beer Capital by Lonely Planet and one of the Best Beer Towns in Canada by Expedia and one of the Top 10 Best Destinations for Beer Enthusiasts, 2018 by askmen.co Penticton’s booming craft beer scene won’t be BC’s best kept secret for much longer.

Penticton boasts a lively craft beer scene. It is home to 8 craft breweries which makes Penticton the beer capital of BC with more breweries per capita than any other Canadian city!

Long before the craft beer craze the city has acted as host for the Fest of Ale. The annual festival features craft beer and cider from BC and beyond and one of the longest running and largest beer festivals in the Pacific Northwest.

Many local establishments offer a great selection of craft brews and fabulous fare. Make plans to check out the year round local  craft breweries in the sudsy Okanagan.

The Okanagan Fest of Ale was established in 1996 making it one of the largest and longest running annual beer festivals in the Pacific Northwest.

Operating as a non-profit society, and managed by a Volunteer Board of Directors, the Okanagan Fest of Ale Society hosts an annual Consumer Craft Beer Festival that functions to support and promote the growing craft beer industry, enhance local tourism, and donate to charitable organizations within the South Okanagan Similkameen region. Since its inception, over $750,000 in net proceeds has been gifted back to qualifying registered charities and other not-for-profit societies. 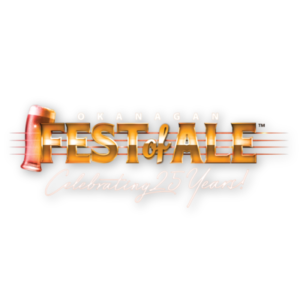